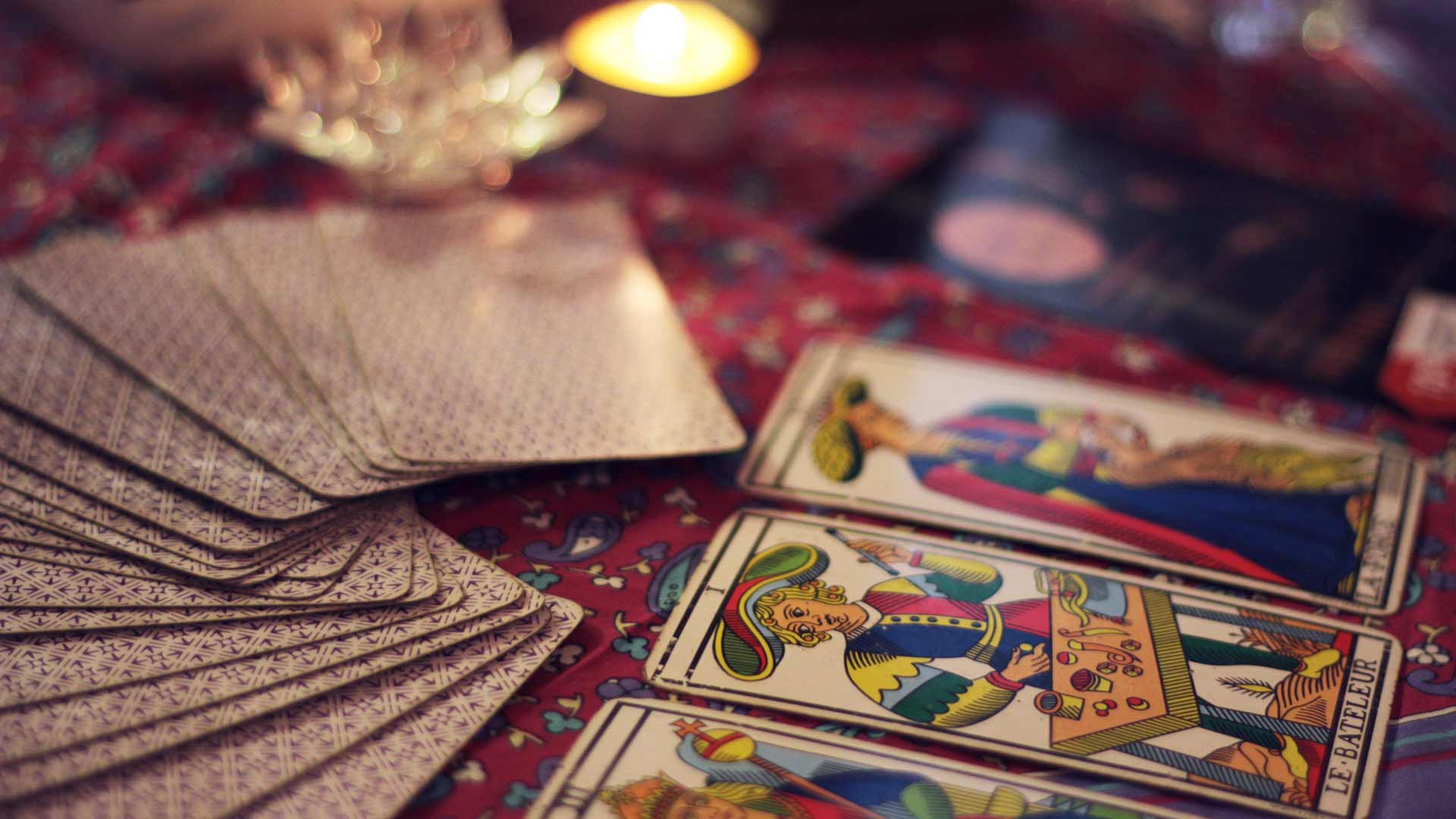 TAROT — a mystical art or a practice based in Science? ?

To many, “Tarot readers” are perceived to be an old hooded lady, hunched over in the middle of a dark, candlelit room telling you about catastrophes to come.

And maybe, just maybe, I am one… But that is not the point.

The Hermetic Order of Golden Dawn, an occultist organisation, once famously stated that: “The greatest source of information is from within; Tarot helps in getting in touch with your ‘Higher Self’.

What does that even mean?

In this article, we will explore the different forms of Tarot cards, what they really mean and what a stack of cards can tell you about yourself.

Together we will delve into the meaning of the position of the cards, and why anyone can read Tarot cards. Not just psychics and mystics. Or witches for that matter…

When discussing Tarot card readings, we can split the readings into two categories:

Let’s go through it one by one. 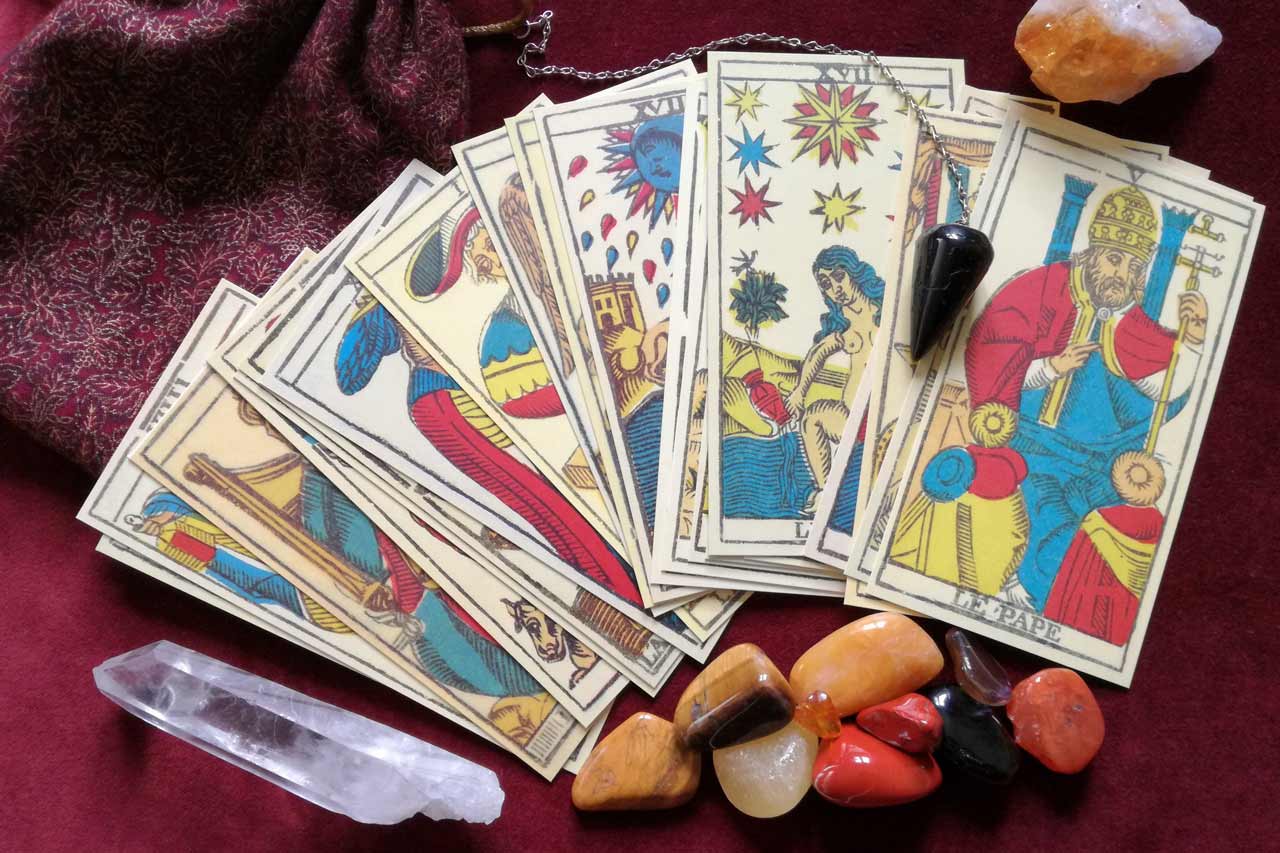 Tarot readings based on specific questions

This type of reading is best suited to those who are looking for an answer to a specific question or issue they are facing. Not a yes or no problem though, for that, you can just use a pendulum… 😁

Be aware: Tarot cards don’t serve as decision-makers but as guides. Because of this, the way you ask your questions is very important.

Step one: Be open to your options!
Don’t come into the reading with an (expected) answer in hand. If you do this, you are not allowing the cards to provide you with the necessary guidance.

Step two: Find a suitable level of detail to share!
The questions must be connected to your issue. But not too detailed, avoid looking at the problem one-dimensionally. We must find other ways to approach the problem and tackle it from a different angle.

Step three: Focus on yourself!
If the reading is meant for yourself, ensure that the questions you ask pertain to you. Not someone else in your life that you believe is the root of your problems.

Step four: Stay neutral!
Your questions should not have any preconceived implications of you already being correct. In short: Don’t try to influence the reading yourself…

Step five: Think Positively!
For example: Don’t ask when a specific event will happen, or why it hasn’t happened yet. A better approach would be to ask what steps you can take in order to make this dream a reality.

And this is the other approach to Tarot readings that I mentioned.

Open readings encompass a larger scope in our lives than just one problem or question you seek answers to.

Basically, Open Readings are designed for those that are entering a new phase in their lives. Getting a new girlfriend, getting married or graduating from university.

You can also direct the reading towards a general aspect of your life. Such as your career or your health. But that is as far as the specificity should go. 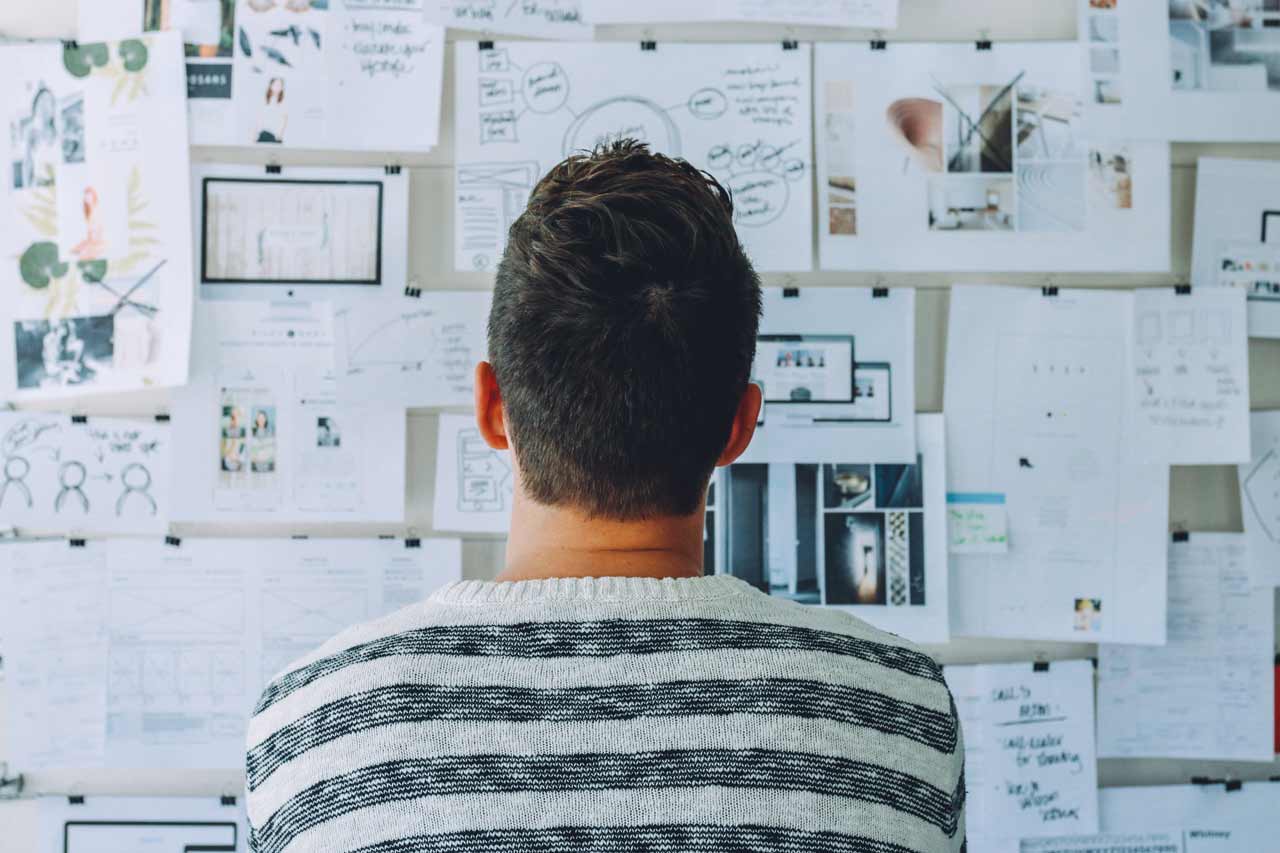 Focusing on what is essential

Getting to know Tarot Cards

There are a great number of variations of Tarot cards and they all vary in deck size. Though, in general, the decks contain 78 cards.

Though, each set has the same meanings, despite the symbols differing in each deck. The designs on the Tarot cards always correspond to the same ‘themes’ such as Nature, Animals, Astrology etc.

One of the most well-known series of cards are the Rider-Waite cards. Created by A.E. Waite in 1909 and published by Rider & Company in the United States. Waite was a leading figure in, The Hermetic Order of the Golden Dawn, and he got the help of Pamela Colman Smith in designing the cards.

Similar to a regular deck of cards, the MINOR ARCANA has four suits.

But instead of Hearts, Clubs, Diamonds and Spades, they have Wands, Swords, Cups and Pentacles (Coins).

Each set has a specific meaning toward life. Each suit also has numbered cards, 1 to 10 and Court Cards – The King, Queen, Knight and Page.

The MINOR ARCANA is used to paint a picture on the more minor things in life, such as day-to-day stressed.
The MAJOR ARCANA does not relate to sets.

They include cards with symbols that represent principles, concepts and ambitions. They are numbered from 1 to 21 and the 22nd card, also known as, “The Fool” is marked with a 0.

The cards within the MAJOR ARCANA represent a strong, long-lasting energy within a certain aspect or area in your life.

Seeing a MAJOR ARCANA card that symbolises a specific subject during a reading, followed by seeing the same symbol in your next reading in a MINOR ARCANA card, means that the subject is becoming less important in life. 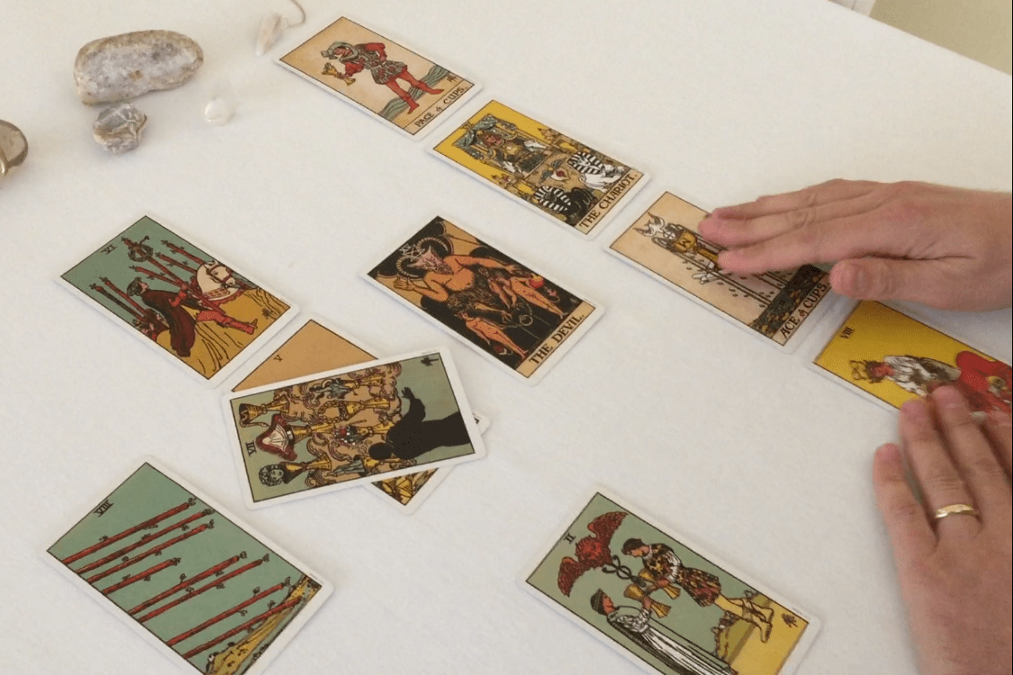 The Distribution of the cards

Before the reading takes place, the person having their fortune read is told to shuffle the cards. This action transfers the energy of the person in question, onto the cards.

The receiver of the fortune must also concentrate and focus on the subject/area in life they wish to be guided through during the shuffling.

In some more traditional methods, the sorting and separation of cards are sometimes done in a more intricate manner.

After the deck has been shuffled, the reader will place the cards in a certain pattern. This pattern is referred to as: The Spread.

Each placement of the cards has a specific meaning.

There are many variations of this spread, ranging from reading just one card up until you cover all 78 cards.
Which type of spread is up to the reader, it is based on the type of questions you have, or the type of reading you require.

Certain cards are focused on a specific piece of information.
For example: one spread may have more emphasis on emotional issues. At the same time, another spread provides insights on external (other people) influences.

A very common spread is called the ‘Celtic Cross’.
But there are many other spreads for Tarot card reading, such as the 3-card, 5-card or 7-card spread.

Readers may even create their own spreads.

There are many meanings that correspond to certain positions. Besides the spread, the combination of certain cards, as pairs, for example, may also have an impact on the reading.

Philosophy and the Science of Tarot Cards

So how does one find a connection between a bunch of randomly placed cards and finding meaning in one’s life?

A large facet of Tarot reading is that it can provide clarity in decision making.

The cards WILL NOT tell you exactly what to do or let you know what will happen tomorrow. Anything is possible, it all depends on the route you take.

“Your visions will become clear only when you can look into your own heart. Who looks outside, dreams; who looks inside, awakes” — Carl Jung

The concept of Synchronicity

Carl Jung (A swiss-born psychologist, and pioneer in the field of analytical psychology), believed that causal relationships provide the basis of the scientific world.

He also believed that there are other principles. Principles that are not based on causal relationships.
He called this principle: Synchronicity.

According to Jung, Synchronicity explains the Universe’s power of Guidance.

Things that we see or hear, thought to be coincidences, are actually signs that help guide us in making decisions on how to live our lives – If we learn to recognise them.

Jung believed that Quantum Mechanics served as an explanation for the phenomenon of Synchronicity.

Quantum Mechanics explains the relationships between particles and their chaotic inter-connectivity through actions as probabilities instead of certainties. Sorry, getting a lil’ complicated here…😓😓😓

Scientists have proven that Quantum Mechanics can manipulate the reality of physical objects.

Tarot cards can play a role in showing us the route and patterns. It can also help in understanding the meaning of that guiding energy.

Staying within the realms of Quantum Mechanics, the theory suggests that having seen the reading, you have changed the probabilities of the occurrences in the universe.

Although Carl Jung did not study or practice Tarot Card reading, he was interested in I Ching (a form of fortune-telling originating in China).

He stated that synchronicity can be used as an explanation as to how I Ching can be used to tell fortunes.

The same can be said about Tarot Cards… So Tarot cards aren’t just some silly hocus-pocus. 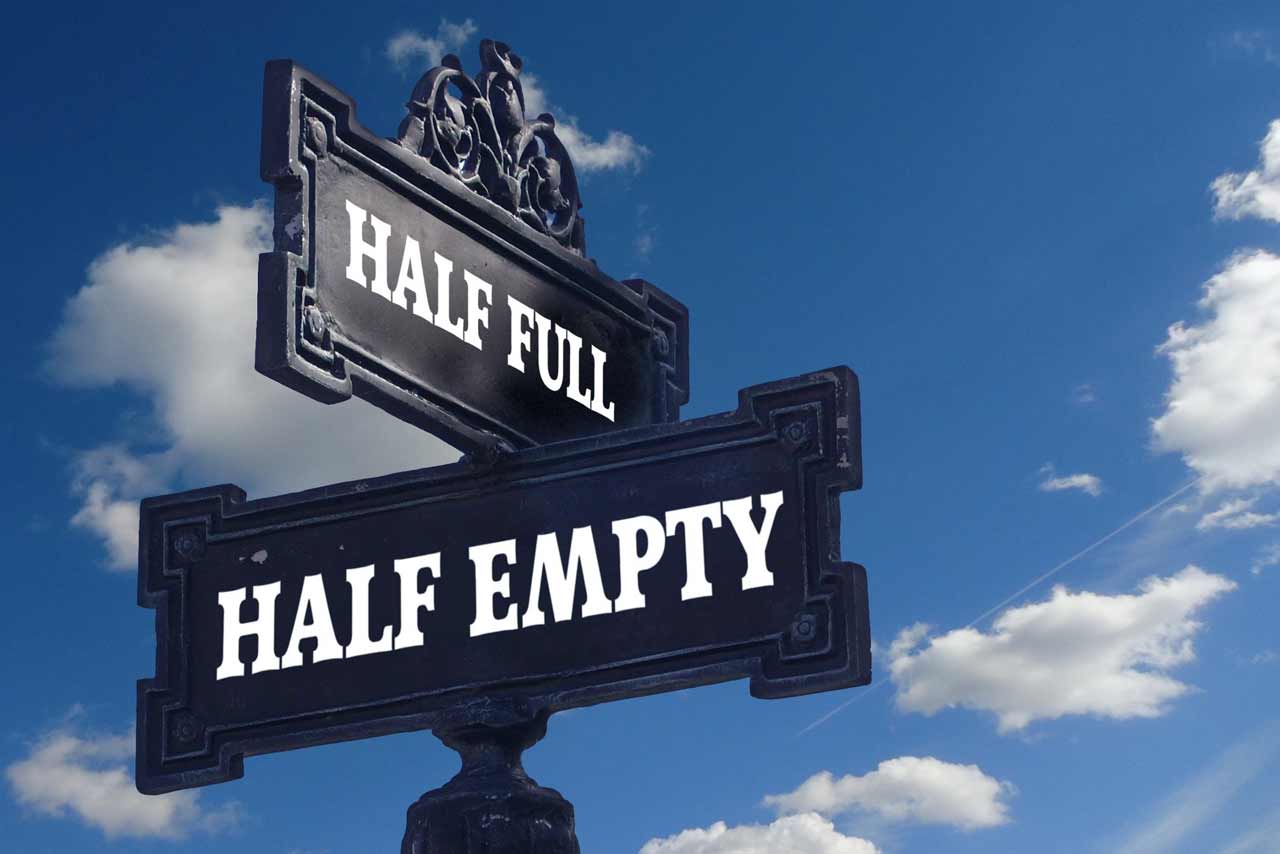 How you look at things depends on your subconsciousness

Some say that everything is dependent on our subconscious mind.

It can also be argued that the way we perceive things depends on our subconscious. And people believe that our subconscious is what projects the interpretations of the Tarot cards.

For someone having their cards read, the interpretation of the cards is a summation of aspects in your life that have shaped who, and what you are. Questions about your life will be projected onto the symbols on the cards, this is so you can find answers from what you see in the cards.

Because of this, Tarot helps us in tapping into our subconscious mind. It also assists in finding answers that we otherwise would not have found in our conscious mind.

The Rorschach Inkblot test uses similar principles to analyse and attempt to understand the subconscious.

Tarot cards are also capable and powerful enough to provide insights on life, adversity and the future. But it all depends on how easy it is for you to open yourself up to the notion of Tarot readings.

Tarot readers have many different notions of how and why Tarot cards work. Many of us only need Tarot to help us learn about our relationship with our inner guide. 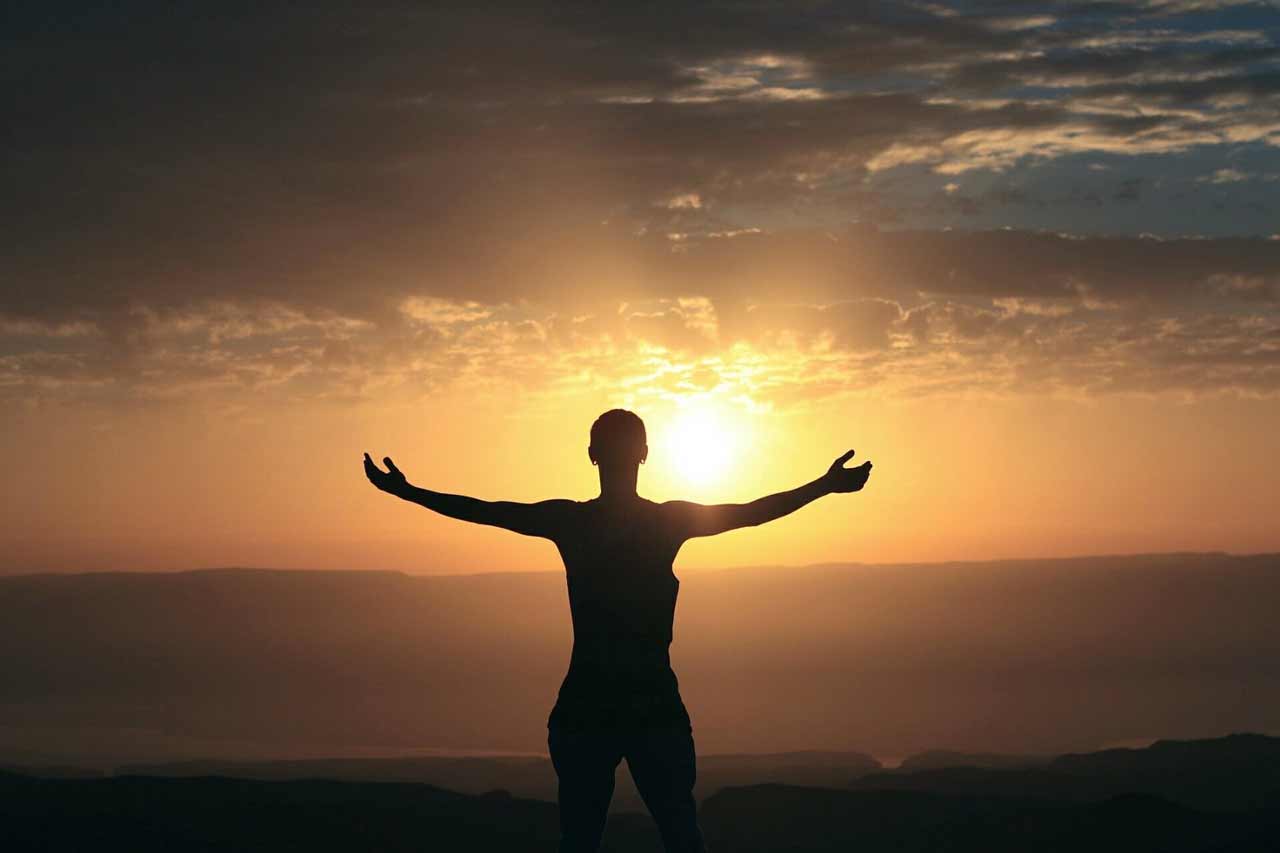 It is not dissimilar to our beliefs of eras past, which also were unable to explain this phenomenon scientifically

However, times change. Our knowledge has become more sophisticated, our potential for thought has improved significantly.

I am sure, that one day, all of this will become common knowledge, backed up by scientific evidence.

What are your thoughts?

I hope, through this article, I was able to show you that Tarot is not some negative or deluded practice.

If you would like a Tarot card reading with yours truly, please contact me through phone or WhatsApp at: +62 817 201 673